Also available in the format:

Special Price on this deck during the pre-sale
of the book of Philippe Camoin
(until 14 October, 2019)
Share:

Guardian of the Tradition of the Tarot de Marseille since more than two centuries, the Camoin House was forced by the industrial revolution to change the colors of the Tarot. After a long Philippe Camoin, research task and Alejandro Jodorowsky tried to rebuild the colors and the symbols of the Tarot. Some were incomplete or had already disappeared at the 18th century.

Philippe Camoin, reference internationally recognized on the Tarot de Marseille, and Alejandro Jodorowsky, scenario writer of legend and master es Tarot, linked their efforts in order to create a Tarot de Marseille which is most esoteric possible, while respecting esoteric breadth tradition and symbolic system.

The attempt at Reconstitution of the Tarot de Marseille is a scientific study which was undertaken during several years per Philippe Camoin and Alejandro Jodorowsky.
"Almost the totality of the Tarots of the whole world are copied from the pattern of the Tarot de Marseille”, Philippe Camoin observes, in the light of many irrefutable signs which it gathered and reveals during his investigations on the Tarot de Marseille. The essential aim of this research is to find the symbols, the vocation and the significance first of this monument of the Occidental culture, whose language is also understandable to our Eastern friends. It is not useless to quote H.P.Blavatsky here: “The Tarot is the key of all the Western esotericism”. 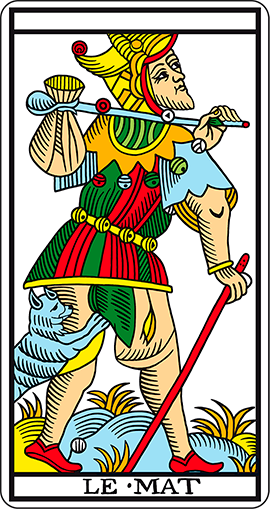 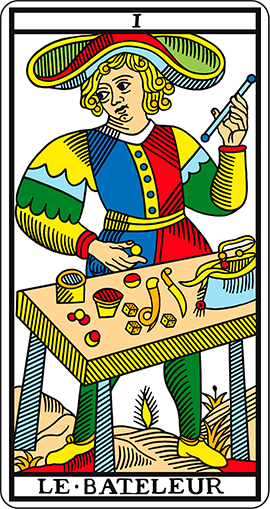 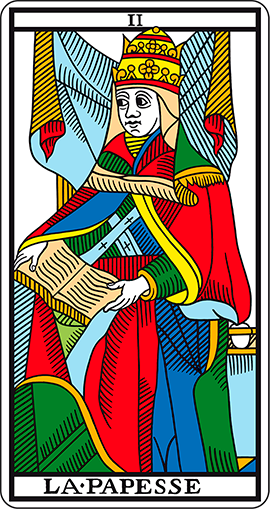 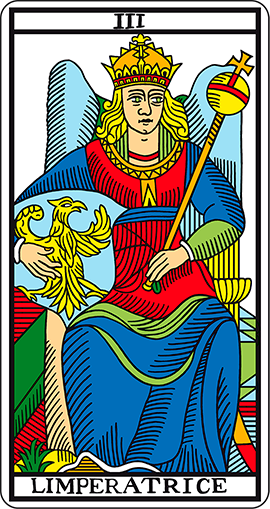 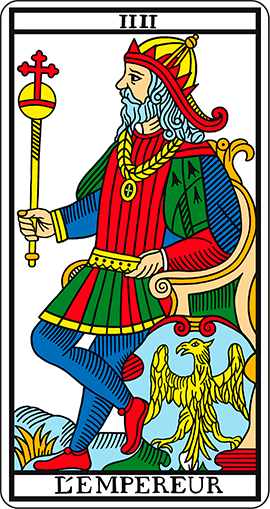 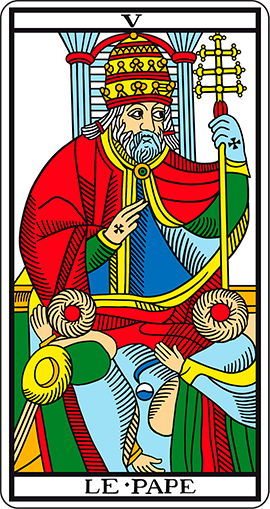 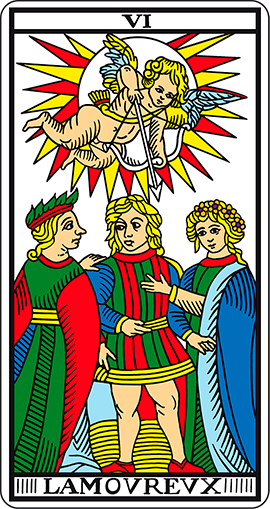 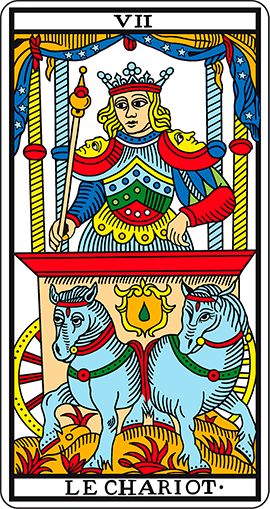 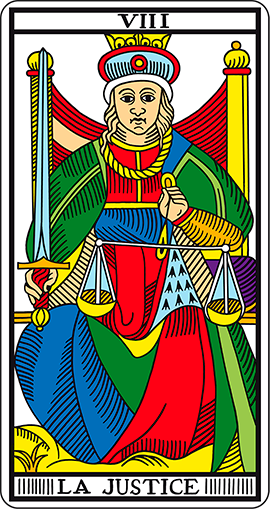 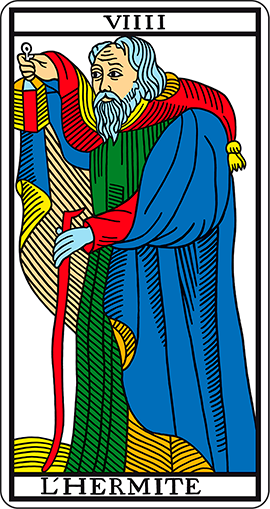 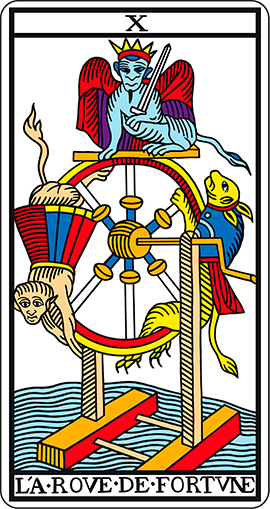 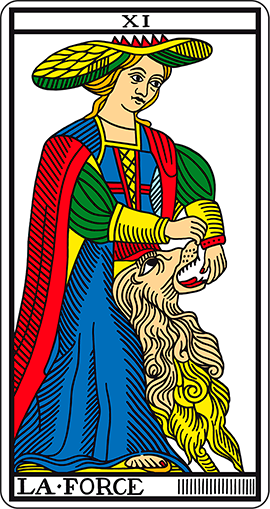 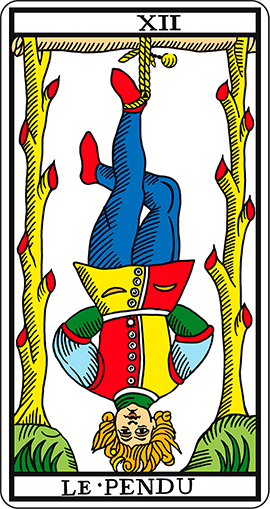 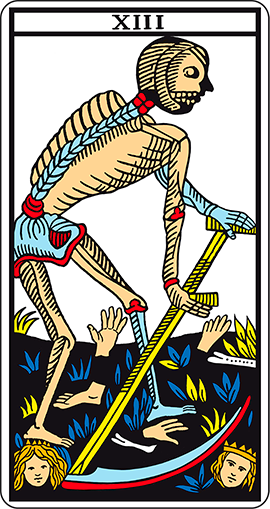 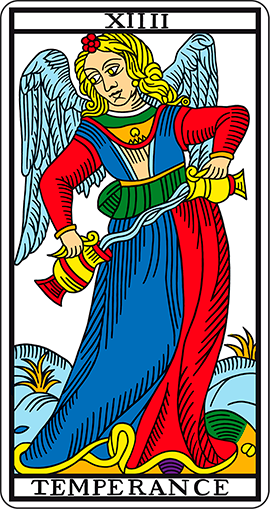 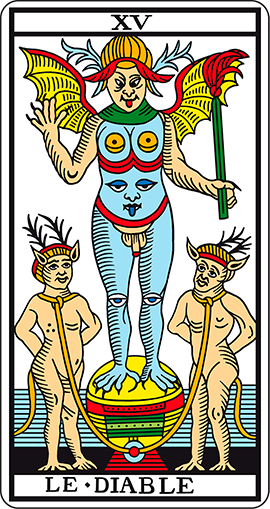 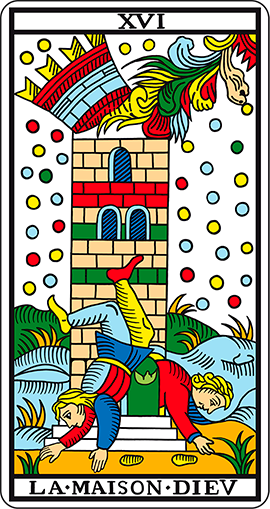 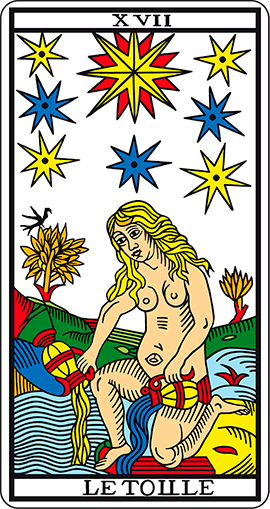 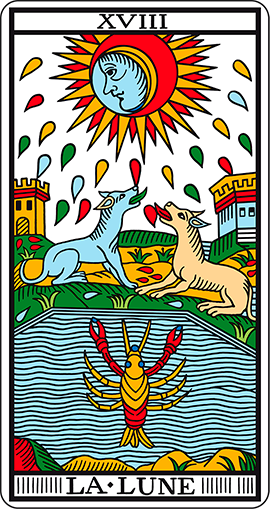 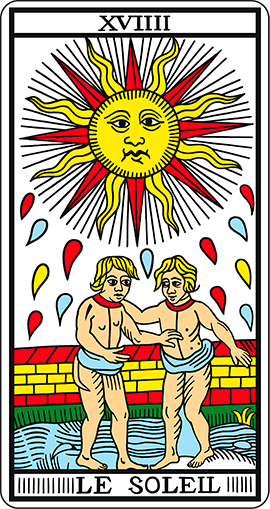 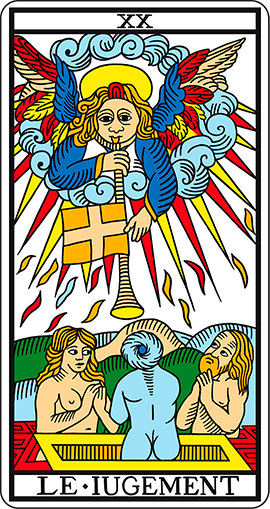 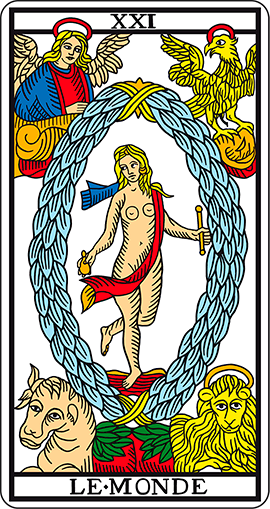 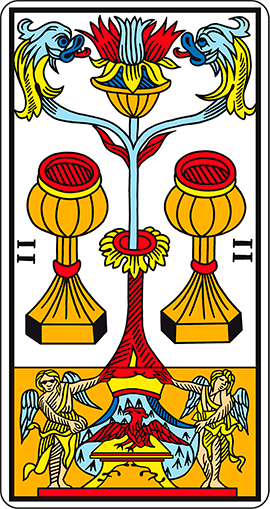 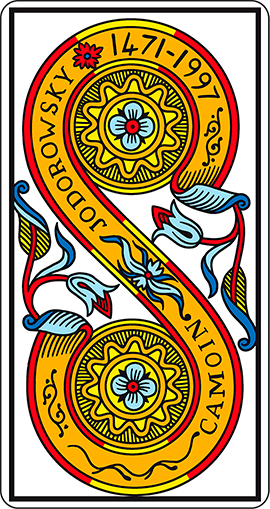 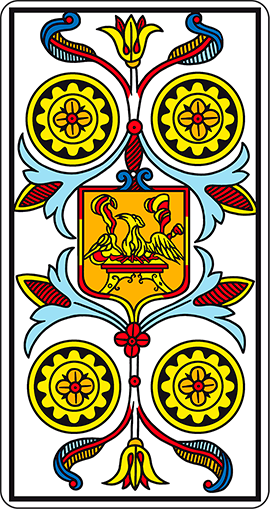 SEE
THE 78 CARDS
OF THIS DECK

The Goal of this work

This Tarot de Marseille was created in a quite precise intention, to recreate what the two authors think of being the Tarot de Marseille original and of thus conveying esoteric and philosophical concepts.
Pour them, the Tarot is the emanation of an Entity. They undertook restoration of this Great Mind, one metaphysical machine which they call “The Tarot”, a spiritual and cosmic machine expressing itself using one system symbolic system.
It is about a work making it possible “to restore” the language of this entity and philosophical concepts conveyed in the original Tarot. The work thus completed is enormous, and it is for this reason that it took several years. It is not about a simple restoration of one old tarot, but of the rebuilding of a system of thought suitable for this entity which is the Tarot.
Les two authors thus created a symbology expressing the philosophical concepts which are the starting point or the raison d'être of the original Tarot. To do this, they drew in only one deck of the symbols inspired of old tarots very different. Previously, those which created a Tarot de Marseille were based always only on one model of old tarot and only one.
Philippe Camoin and Alejandro Jodorowsky proceeded in a completely different way. They are inspired by symbols coming from tarots belonging to different cities, at different times, and even with different classifications, and they them made cohabit in only one deck. Previously, nobody had done it. This manner of proceeding was completely heretical at the end of the 20th century.
This made it possible to exteriorize a knowledge and vast unknown structure before made up of laws and complex codes, which induced a new tarology. The result is spectacular and enormous work is acclaimed by all the esotericists.

The Rebuilding of the Tarot

Philippe Camoin and the rebuilding of the Tarot

During the process of rebuilding the Tarot, Philippe Camoin redrew all of the cards and led the investigation in collecting a vast number of ancient documents, working on his computer to reconstruct symbols that had been lost. On top of the years of research which were needed to assemble all the needed elements, Philippe Camoin passed two full years redrawing the cards. During these two years, he practically never left his Paris apartment he had taken for the project. Seven days a week, he examined the elements on his computer, redrew the tiniest stroke in each of the 78 cards with the help of a light pen.
Alejandro Jodorowsky came regularly to visit and together they debated the choices and improvements to be made. In the middle of this Coded Structure, a set of codes was placed at the Origin so that the true direction of the Tarot is never lost and been able to be found afterwards centuries and centuries of lapse of memory. The logic of the Secret Codes brings the insurance of unquestionable significances of the Arcana of the Tarot, shown by means of a system of Laws. A lexicon and a grammar appear then, clarifying the unknown language of the Tarot. For the people who studied the Tarot since years, these codes will be a revelation and the answer so that they sought all their life in the Tarot.

Alejandro Jodorowsky and the rebuilding of the Tarot

When Philippe Camoin chose Alejandro Jodorowsky to help him to spread a secret teaching on the Tarot which had never before been revealed by anyone, he wanted simply to pass along an unknown initiatory message and to pass it along in a secret way.
But Alejandro Jodorowsky suggested that he recreate a deck of the Tarot de Marseille, which would enable him to show the world that this was truly a serious and authentic teaching. He told him that he must outdo his ancestors, correcting the errors that had been made in the ancient Tarot decks.
So it is thanks to the impetus given by Alejandro Jodorowsky that the Tarot de Marseille was redesigned with the codes and symbols of the secret teachings which Philippe Camoin had initially wanted to simply pass on orally. Naturally, Alejandro Jodorowsky brought his customary genius to the work; many other symbols were in this way rediscovered thanks to him.

« During two years, I split my time between meditation and my computer, this in order to redesign the deck of the Tarot de Marseille so it would be the most beautiful and the most esoteric Tarot possible. When I was tired, I would go meditate for an hour. Then, I would find my energy and launch myself back into work on my computer. When I again tired, I would return to meditate for an hour. And so on for two entire years. »

« Sometimes we were searching for the explanation for a symbol which had disappeared. Alone, we could have searched for hundreds of years to no avail. But, as soon as we began to work together, we would find the solution immediately. One of us would propose a hypothesis. The other would suggest an improvement and advance another hypothesis. And so on… Some time later, and sometimes even after only a few minutes, we would find the answer to something that thousands of searchers of the Tarot had sought for centuries. Our enthusiasm was always equal to our discoveries. We felt like the Masters of Tarot for the whole planet, since we were the only ones to know all its secrets, and we will always feel that way. It was an extraordinary feeling. »

The Secret Codes of the Tarot

Compared to other Tarot decks, including Conver, this deck contains innumerable symbols which were rebuilt starting from many old tarots. Thanks to these symbols, a coherent esoteric unit appears. This deck is essential to be able to study the Secret Codes and the Laws of the Tarot which were revealed by Philippe Camoin. The combination of all these symbols between them brings to the tarotist and to the esotericist additional thousands of interpretations, and it is that essence.